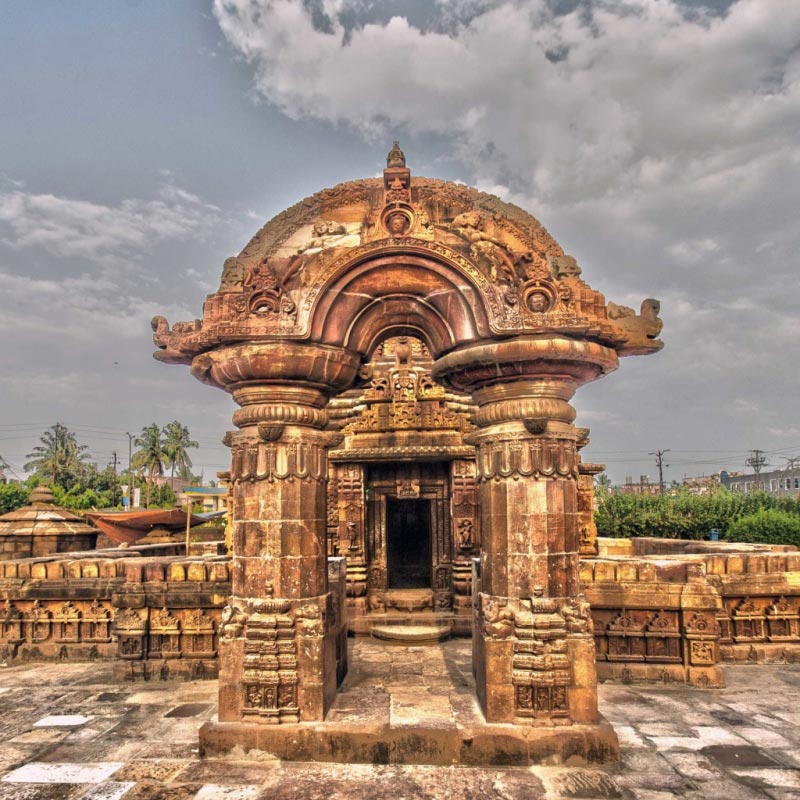 Bhubaneswar is also the capital city of Odisha , and has a history which is more than 2000 years old . The city was also the capital of ancient Kalinga , and it is here at Dhauli the famous Kalinga War was fought between Emporer Ashoka and the people of Kalinga .

The name Bhubaneswar has been derived from the word ‘Tribhuvaneswar’ which also means ‘Lord of the three worlds’. It is also known as ‘the  temple city’ and is said to be the home of more than 1000 temples old and new most of which are concentrated in the Old Town area of the city .

Here are our top 5 picks of the temples that you should not miss out , when you visit Bhubaneswar .

The Lingaraj temple is the largest temple in Bhubaneswar , the central tower measuring 55 m tall . The temple is also one of the finest example of Kalinga Style of Architecture. This magnificent temple was built in the 11th century by the Somavamsi dynasty by the king Jajati Keshari .

The major festival that is celebrated here is ‘Shivaratri’ , about 200000 pilgrims come here to attend the festival. Regarding entry , only hindus are allowed inside the temple. Foreigners may visit the temple from a platform.

One of the finest examples of Kalinga Style of architecture , the temple was built in the early 10th century and is dedicated to Lord Shiva . For its beautiful art and sculptures this temple is known as the ‘Gem of Odisha Architecture’. The temple is famous for its ‘torana’ or one of a kind gateway . The ceiling of the temple is also noteworthy.

The entry to this monument is free of cost . The department of tourism organizes an annual 3 day classical dance festival inside the temple premises every year.

Entry ticket for foreigners is Rs.200. The department of tourism organizes a classical music festival every year in the month of January.

The locals call this temple as ‘tini mundia mandira’ and believe it was built during the early 8th century , this temple is dedicated to the Goddess Chamunda.  The reason this temple is in one of our top 5 picks is because of its interesting architecture . The shape is that of a boat which in close resemblances of the temples of Southern India .On the temple walls you can find figures of the tantric cult , which gives one an eerie feeling.

The deity in the temple is that of Chamunda who sits on a corpse , near a jackal and an owl with a garland of skulls.

Entry to this temple is free of cost.

This interesting 9th century temple is situated in the small village of Hirapur which is about 20kms away from Bhubaneswar . The temple architecture is striking , it is built in circular fashion and is without a roof . It is said tantric temples do not have a roof and the celestial bodies are worshiped here . The circular walls of the temple has different figurines of Durga , each in a different form.

Entry to this temple is free.

Apart from the temples as mentioned above there are other temples of Odisha which have historical importance and significance.